Commissioner Bye and the Office of Early Childhood announced that OEC will extend coverage of these fees through the end of calendar year 2019, or until those allocated funds are exhausted, whichever occurs first.

On Monday morning, a group of 20 parents and advocates 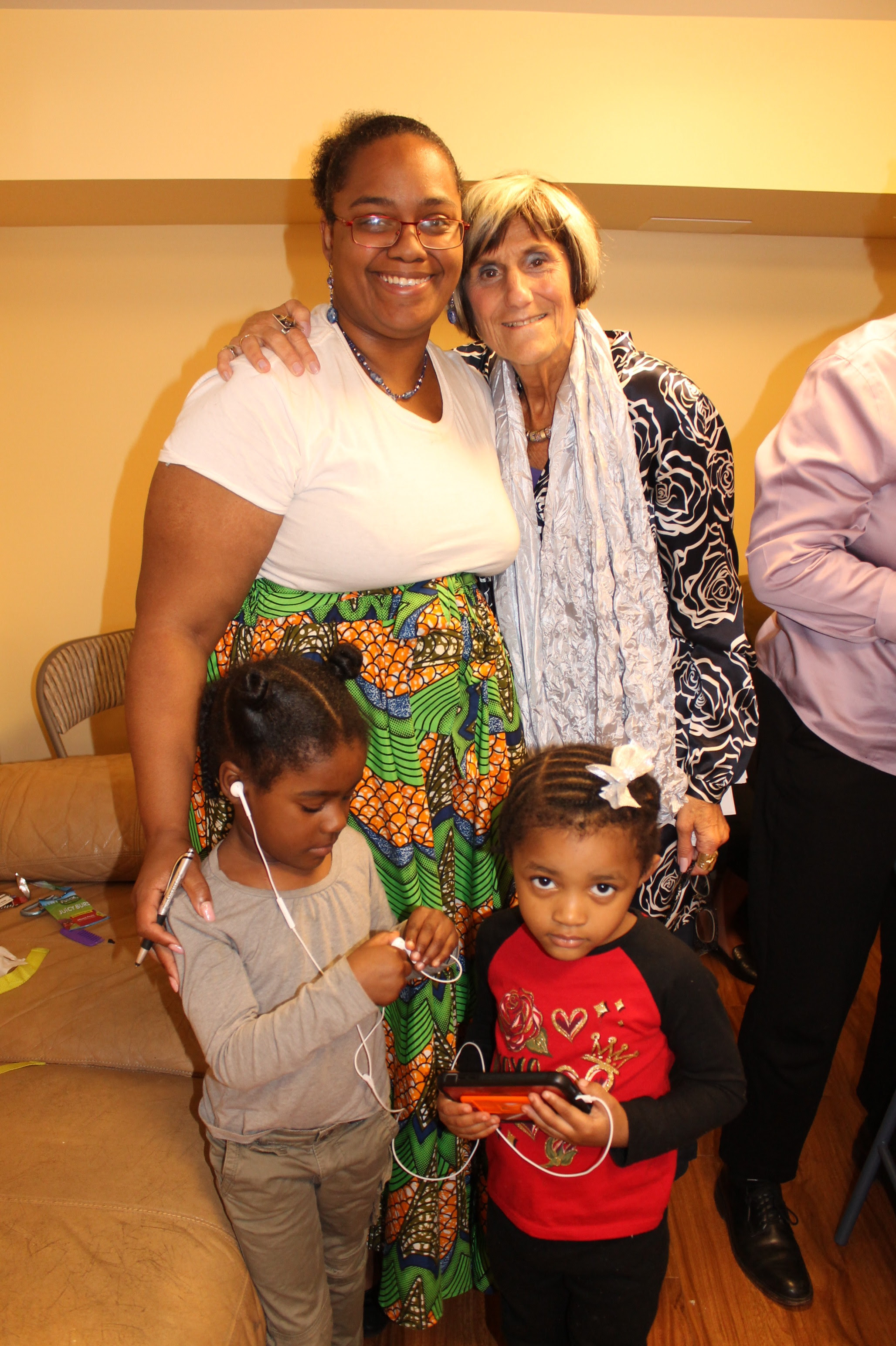 meet with Congresswoman Rosa DeLauro at Honey Bear Learning Center in Stratford. They celebrated the first substantial Care4Kids increase in payments to child care centers in 17 years. That rate increase was made possible by additional CCDBG funds, championed by Congresswoman DeLauro in the last federal budget. Cathie Vanicky, owner of Honey Bear, shared the story of one of her employees, whose own child care parent fee dropped and who will be receiving a raise from the new revenue the center will be getting. While this was welcomed news, three parents told their stories about being denies a child care subsidy for the time they are in school or job training. Connecticut is only one of two states in the nation that do not allow allow parents to use Care4Kids for the time they are in school (GED, college) or job-training programs.

Lenore, a single mother from New Haven, had worked for the past five years, but lost her job when her employer phased out her position. When she was working, she had Care4Kids, but after exhausting her 90 day job search period, she learned she wouldn't be eligible if she started training for a new career.

"It's still hard to try to get ahead and do better, when you don't have the assistance to do better," said Lenore.

Mylene, a West Haven mom, tearfully told the group about having her lights shut off because she couldn't pay for both utilities and child care while she finished a six-month pharmacy technician program. She too, had been denied Care4Kids for the hours she was in training.

Congresswoman DeLauro praised the parents for their bravery in telling their stories, and told the group about the state of budget negotiations in Washington. The House Health, Education, Labor and Pensions (HELP) Appropriations subcommittee, chaired by DeLauro, passed a spending plan that would increase CCDBG funding by $2.4 billion and Head Start by $1.5 billion. However, the Senate version has much lower amounts. All indicators point to a continuing resolution to maintain current spending levels, while the House and Senate negotiators try to hammer out a deal.

"Child care is a real pressing need," said Congresswoman DeLauro. "This will be a battle royal," she said of the coming budget fight.

"Workforce is a big focus of Governor Lamont," said Commissioner Bye. "They're putting together a workforce package right now - a workforce development bill - and they're listening."

The CT Post covered the meeting and the article can be found HERE.

Hartford has been chosen as one of five cities to replicate "Providence Talks," one of the first early language initiatives implemented at the municipal level, with support from Bloomberg Philanthropies. Hartford will receive $2.5 million as well as in-kind donations of LENA technology, curriculum, and program support. This will be a three-year project.

Providence Talks launched in 2014, after the City of Providence, RI, won the grand prize in Bloomberg Philanthropies’ 2013 Mayors Challenge with the idea to launch a city government-led intervention to promote language and interaction between children and their adult caregivers. In partnership with local nonprofits, Providence Talks has used LENA “talk pedometer” technology in home visiting, playgroups, and professional development to help parents and teachers learn to increase the quality of children’s language environments.

Hartford is expanding its existing LENA Grow and LENA Home programs as part of Hartford Talks. The program expects to serve 350 children annually by its third year. The initiative will operate through The Village, a local nonprofit, and in municipal early learning centers through the City Office of Children and Youth.

Reminder: Invoices are Due!

Just a reminder, membership invoices must be paid in order to vote for Alliance officers and steering committee members at our October meeting.

Throughout the month of October, the CT Office of Early Childhood will hold community meetings/listening tour on "Prenatal Through Age 5 Family Supports." The sessions are open to parents of young children or expectant parents, community organizations, service providers, or local businesses who work with families with young children.

Middlesex Coalition for Children will hold monthly meetings the second Thursday of each month, from September through May. The meetings are 9 a.m. to 10:15 a.m. at deKoven House, 27 Washington Street, Middletown.