In an article that ran on The Hechinger Report, the Urban Institute found that early learning programs are more than twice as likely to be nearly 100% black or Hispanic, compared to a kindergarten or first-grade classroom. According to the study, this segregation can have long-term impacts on children and can "lead to missed opportunities for contact and kinship during a critical point in child development." 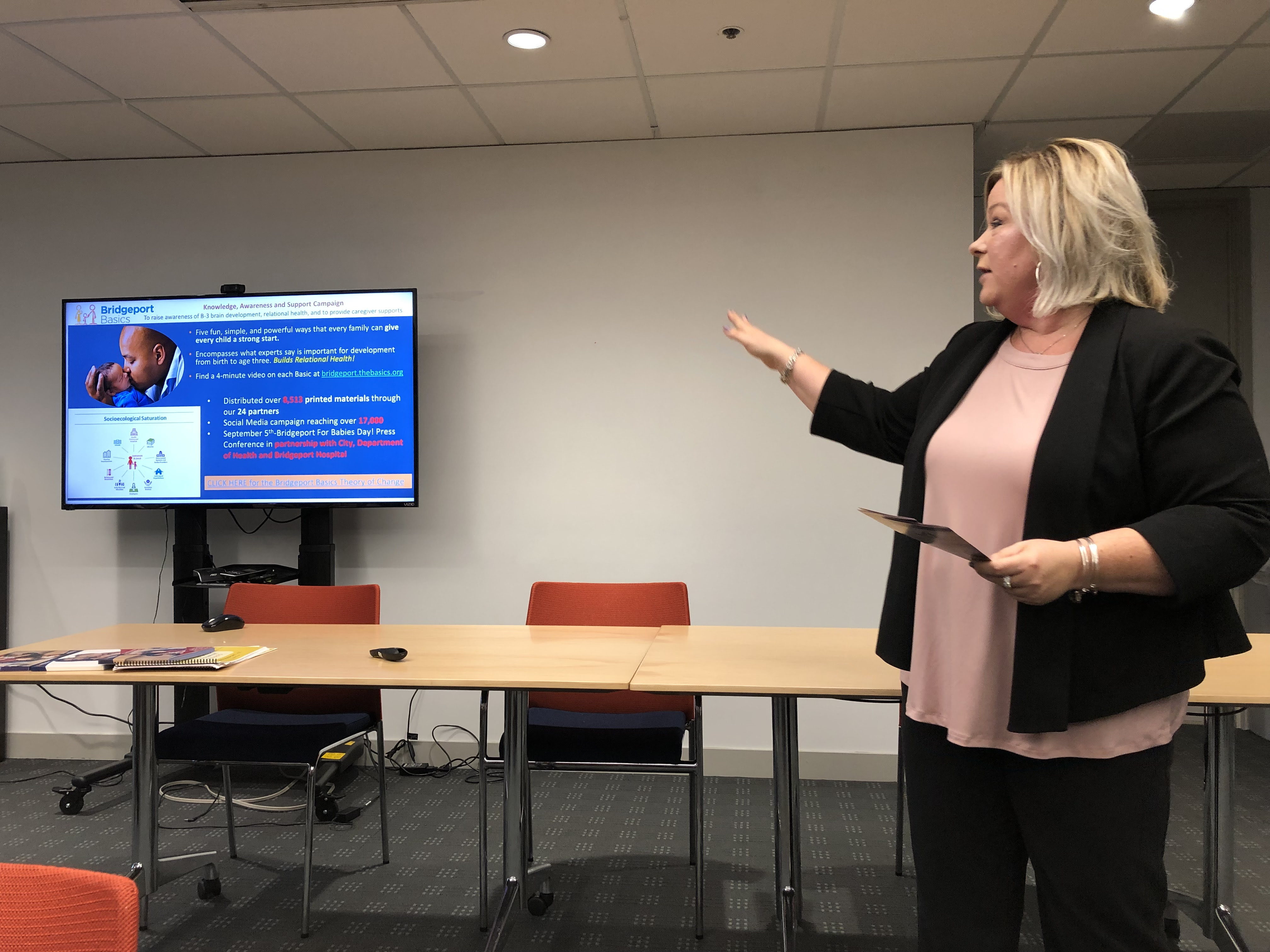 Prospers, presented on the Bridgeport Baby Bundle Ecosystem. "The Park City" is also known as a "city in trauma." It is surrounded by wealthy towns, but 99% of the city's students qualify for free and reduced lunch. The city is also part of "Strive Together," which is a national non-profit network of 70-plus communities, in 32 states, using a rigorous approach to accelerate progress and sustain success in education. The Strive Together initiative works to ensure that every child succeeds, from cradle to career, regardless of race, income, or zip code. Bridgeport has been a collective impact site through Strive Together since 2012, and when the work began, alarming data came up. Fourteen percent of fifth graders were proficient in math. Twenty-four percent of third graders were reading at grade level. Three in ten kids were entering kindergarten prepared. Seventy-five percent of three year olds were entering Head Start behind.

The Bridgeport Baby Bundle Ecosystem focuses on the idea that there is no single program that can increase health and development outcomes for all children, prenatal-3 in Bridgeport, but collectively, they can:

It starts by working with parents and families, then invites in civic and social movements, financial investments, innovation and partnerships; then tracks and measures impact. The Baby Bundle Ecosystem is designed to promote protective factors and positive childhood experiences that increase caregiver and child resilience.

The PowerPoint presentation can be found HERE.

Paid Family Leave Board Gets to Work

Last week, the newly-created 15-member Paid Family and Medical Leave Insurance Authority Board of Directors met for the first time to start the process of ultimately finding an executive director. The Paid Family and Medical Leave bill passed this legislative session and was signed into law by Governor Lamont. Payroll deductions will begin in January 2021, and workers will begin to use the program in 2022. CT NewsJunkie has MORE.

Commissioner Bye and the Office of Early Childhood has announced that the OEC will extend coverage of fingerprinting processing fees through the end of calendar year 2019, or until those allocated funds are exhausted, whichever occurs first.