Thank You for Attending Advocacy Day 2019! 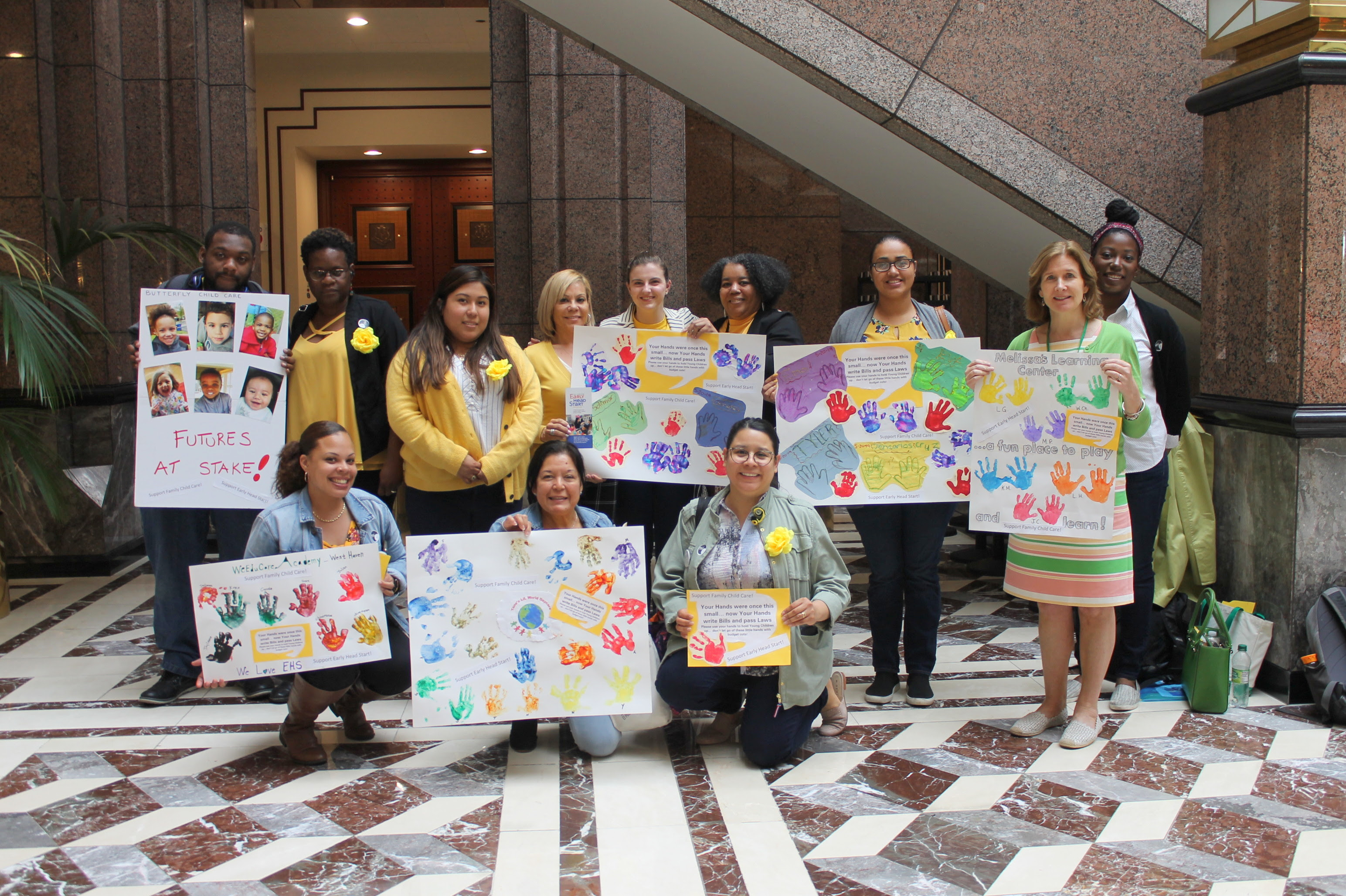 Thank you to everyone who made their way to the State Capitol on May 23 for the annual Advocacy Day. It was great to see the sea of yellow, both in room 310 and out and about in the Capitol.

Among the topics this year - asking the legislature to pass a budget that was not harmful to children and families, fair wages for the early childhood workforce (urging support for several bills that would give pay raises to early educators, extend dates of the staff qualifications requirement for early childhood educators, paid family and medical leave, and support for family child care (HB 6291 and SB 930).

There was also a strong focus on Care4Kids, which over the past 17 years, has only seen two small increases of 6% (total) for child care centers, and inflation has eroded the value of the Care4Kids subsidy dollar to just 75 cents. While the federal government recommends that the subsidy rates be set at the 75th percentile of the market rate, CT currently pays at the 7th percentile for preschool and the 4th percentile for infant-toddler care (in Greater Hartford). The Care4Kids certificate for infant-toddler care is worth $201 (including the parent share) in Greater Hartford, but the average cost of care is $302 per week. Meaning that parents have to pay their share of the certificate, plus $101.

We would like to thank the CT After School Network for co-sponsoring the event this year. We hope you had the chance to speak to your legislators while you were there, too.

If you have photos you would like us to add to our Facebook album, please feel free to email them to [email protected]. Our pictures can be found on Facebook at CT Early Childhood Alliance, or click HERE.

Legislative Update - It's the Last Week of the Session!

We are in the last week of the 2019 legislative session.

The Family Child Care contract was approved by the House on May 29. Now it needs to go to the Senate.

Budget - Rumor has it that they are getting close to a deal and could vote by the weekend.

Paid Leave (S.B. 1) Momentum stalled on PFML when Governor Lamont threatened to veto, over disagreements regarding how the program would be administered. It's unclear if the governor and legislative leaders can resolve the differences before the end of session. This might be resolved in a special session.

S.B. 931, which would give pay raises to early educators is still awaiting action in the Senate.

S.B. 932, which would extend the dates of the staff qualifications requirements for early educators passed in the Senate in April.

S.B. 935, which would require the OEC to develop an early educator compensation schedule passed in the Senate in May.

H.B. 6291, which would prevent discrimination against licensed family child care and group homes by landlords and certain homeowners associations. It has passed in the House.

S.B. 930, which allows for the creation of four business incubator pilot programs for family child care is awaiting action in the Senate.

The Federal Reserve Bank of Boston is driving a new initiative, called "Early Child Care for Working Parents," to help find solutions to the three major issues in finding child care -  affordability, availability, and quality. To read more about it, click HERE.