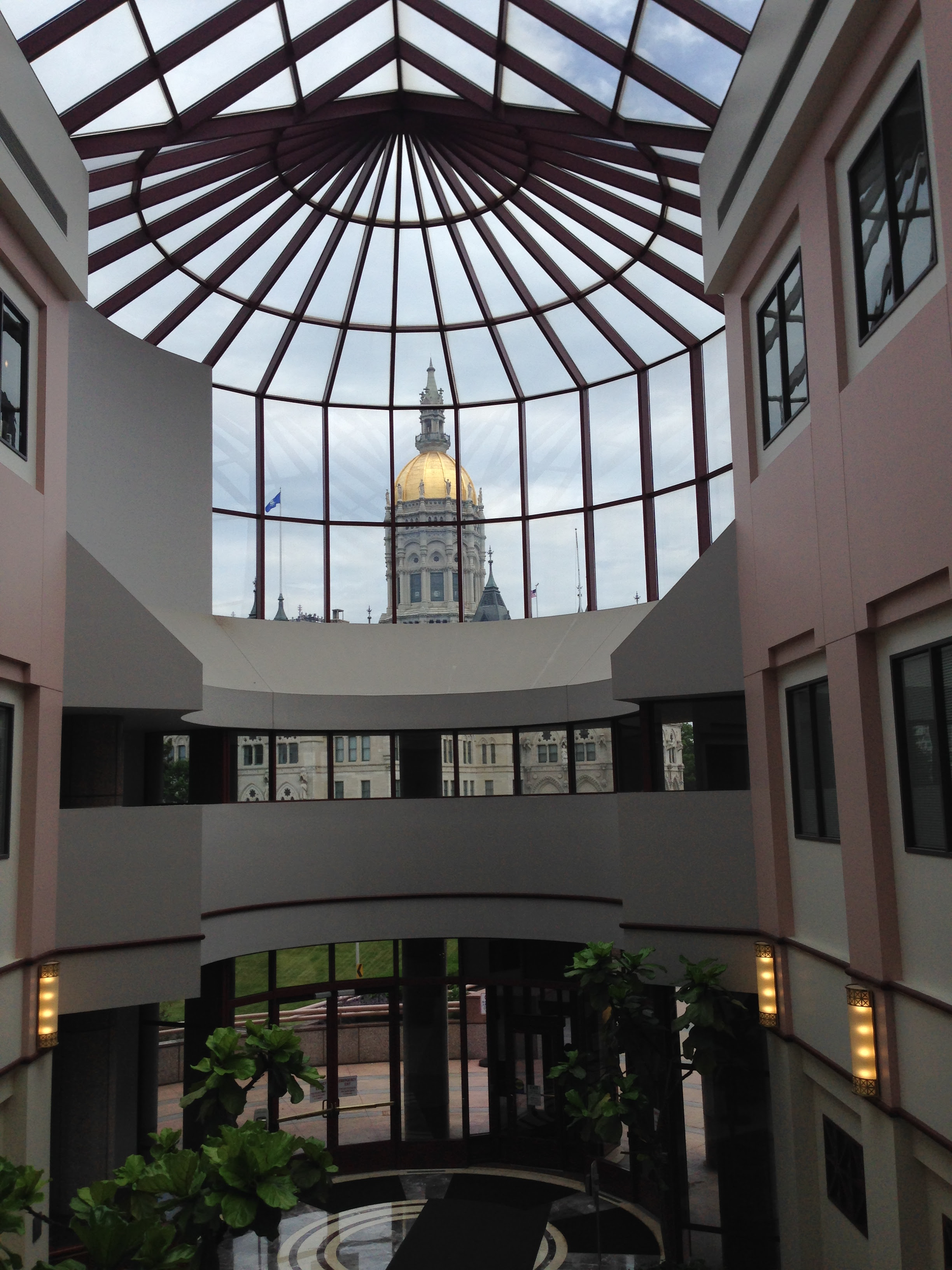 On Thursday and Friday of last week, the Senate and the House both passed a $19.76 million budget for 2017. We are still reviewing the impact of the budget cuts to early childhood, but here's what we know so far:

1) The Office of Early Childhood budget was cut $3.5 million, but was spared some of the huge cuts made elsewhere. (SB 501)

4) The budget combines 3 early childhood program line items (Child Day Care/State Funded Centers, School Readiness and Early Childhood Program). The total appropriation for the 3 programs has been cut by 2% ($1.5 million). It is our understanding that the cut represents the amount that was not spent this fiscal year. The Head Start-Early Childhood Link line item has been eliminated.

5) There is language in the implementer bill (SB 502, Sec. 94, page 136) that will allow the Office of Early Childhood to increase rates for CDC/State Funded Centers to the same rate as School Readiness for 3 and 4 year olds.

HUSKY/Medicaid - We're looking into impact on the the HUSKY program, but the cut to Medicaid is $100 million.

Changes are coming to the Care4Kids program - find out how it will affect your program and families. RSVP for the informational meeting on Monday, May 23, from 6:30 p.m. to 8 p.m. at Home Child Development Center, 1 Long Wharf Drive, New Haven. The meeting is hosted by Cercle. Space is limited. Please RSVP by calling 203-865-4673.

Children of Incarcerated Parents Roundtable Scheduled for May 26

On May 26, from 1 p.m. to 3 p.m. at Capitol Room 310, CT Association for Human Services (CAHS) and Connecticut Children with Incarcerated Parents (CTCIP) will host a roundtable discussion on a state-specific report that will be released that day. The state report is complimentary to a report released by the Annie E. Casey Foundation's KIDS COUNT policy report, A Shared Sentence: The Devastating Toll of Parental Incarceration on Kids, Families and Communities. Although every child, and each parent-child relationship, is different, having a parent in jail or prison can be traumatic and result in long-term negative outcomes. To RSVP, click HERE.

Erica Dean, policy analyst at the CT Association for Human Services and Aileen Keays Yeager, project manager at the Institute for Municipal and Regional Policy (IMRP). She manages the CT Children with Incarcerated Parents Initiative (CT-CIP), spoke to the impact on children, challenges faced by families, and the upcoming forum on WICC 600AM's Coffee Break Chat on Tuesday morning. To listen to the full interview, click HERE.

Weigh in on Child Nutrition Bill

(From End Hunger CT!) The Child Nutrition Reauthorization Bill (H.R. 5003) introduced by the House Education and Workforce Committee in late April has harmful provisions that would undo years of progress in child nutrition programs. Children would no longer be able to access the nutritious meals they need for their health and learning, and the meals children could still obtain would be less healthy.

What can you do?

1. Add your organization's name to the list of hundreds organizations from around the country opposing the House Child Nutrition Reauthorization (CNR) Bill by signing on here.

2. Contact your Member of Congress to share your concerns and ask them to reject the provisions of this bill.

Rep. Delauro: America Should be the Best Place to Raise a Child - Not the Hardest

U.S. Rep. Rosa Delauro, along with Neera Tanden of the Center for American Progress, collaborated on an article in the Huffington Post entitled, "America Should be the Best Place to Raise a Child - Not the Hardest." The article sums up some of the legislation that has been proposed federally to help families, including the Young Child Tax Credit Act, which would provide families with an additional $1,500 tax credit for every child under the age of 3. They also spoke to a collective responsibility for a child's future. "Child poverty costs the U.S. economy an estimated $672 billion every year, almost 4 percent of GDP. On the flip side of the coin, research shows that boosting family incomes early in a child’s life pays long-term dividends: for each additional $3,000 in annual income that a poor family receives during their child’s early years, the child’s annual earnings increase by 17 percent as an adult."

Last week, C-HIT, or the Connecticut Heath I-Team, looked at high numbers (and expected to be higher because of significant gaps in state-mandated testing) of children with lead poisoning. The latest available numbers from DPH state nearly 60,000 Connecticut children under age 6 were reported with lead exposure in 2013, and an additional 2,275 children had high enough levels of the toxin in their blood to be considered poisoned. The first articleaddressing the issue was posted May 7. One week later, U.S. Reps. Rosa Delauro and Elizabeth Esty unveiled a bill to help homeowners make their homes safer and better protect children. The legislation - the Healthy Homes Tax Credit Act - would give a $5,000 tax credit to homeowners for lead paint and dust abatement, as well as for asbestos and radon, and remove lead-lined plumbing. The bill is a companion to one introduced earlier this year by U.S. Sen. Chris Murphy of Connecticut. Read the second article HERE.