CTECA, CAHS Focus on Counting All Kids in Census

The Connecticut Early Childhood Alliance and CT Association for Human Services are pleased to announce a substantial grant from Viking Global, to prepare for the 2020 Census. Now, you may be asking why focus on the 2020 Census? It’s important for our future – for our children’s futures.

For the next few months (yes…it’s coming up VERY soon), the Alliance and CAHS will be focusing on an awareness campaign, particularly around the under age 5 population, which includes social media, kickoff events with child care centers, materials to distribute, etc. It’s important to engage with “trusted messengers,” such as child care providers, doctors, and faith-based leaders, for families to understand participating in the Census is safe. There will be no question regarding citizenship (struck down by the courts and NOT included on the Census form). The goal of the Census is an accurate count of ALL people living in the United States – regardless of age or status.

According to the US Census Bureau, an estimated 5% of children under the age of five weren’t counted in the 2010 Census. That’s about 1 million young children, the highest of any age group. In Connecticut, that number was about 3.3%, and children ages 5-9 were 2.5%. The gaps need to close. Undercounts can have negative impacts on federal funding for programs like SNAP, grants for special education, school lunch programs and Head Start. According to CT Voices for Children, in Fiscal Year 2016, Connecticut received over $10.7 billion through 55 large federal spending programs.

The undercount of children is getting worse – it was four times higher in 2010 than it was in 1980. Reasons for not counting young children vary. Some parents might be confused as to whether to include their children. Some believe the government already has that information available. Some live in large or complex households; some live with grandparents, aunts, or uncles and the adults don’t know if they should count them. Children who have divorced parents might be splitting their time between two homes and neither parent knows who should count the child (in this case, it should be the parent who has the child physically with them on April 1).

Watch for more information in the weeks that follow. We need to make sure we "Count All Kids!"

"Where We Live" Focuses on Student Parents

Last Tuesday, WNPR's "Where We Live" focused on obstacles that student parents seeking post-secondary education often face. Fiona Pearson, CCSU Department of Sociology Chairperson & professor, and two student parents - Brandy Selitto-Taylor (a CCSU grad student) and Ketia Similien (a CCSU undergrad) - were guests. You can listen to the full segment HERE. Also, Pearson is the author of the book, "How Student Parents are Transforming College and Family." The link to the book can be found HERE.

On December 18, the Alliance was pleased to support one of our members, The Diaper Bank of 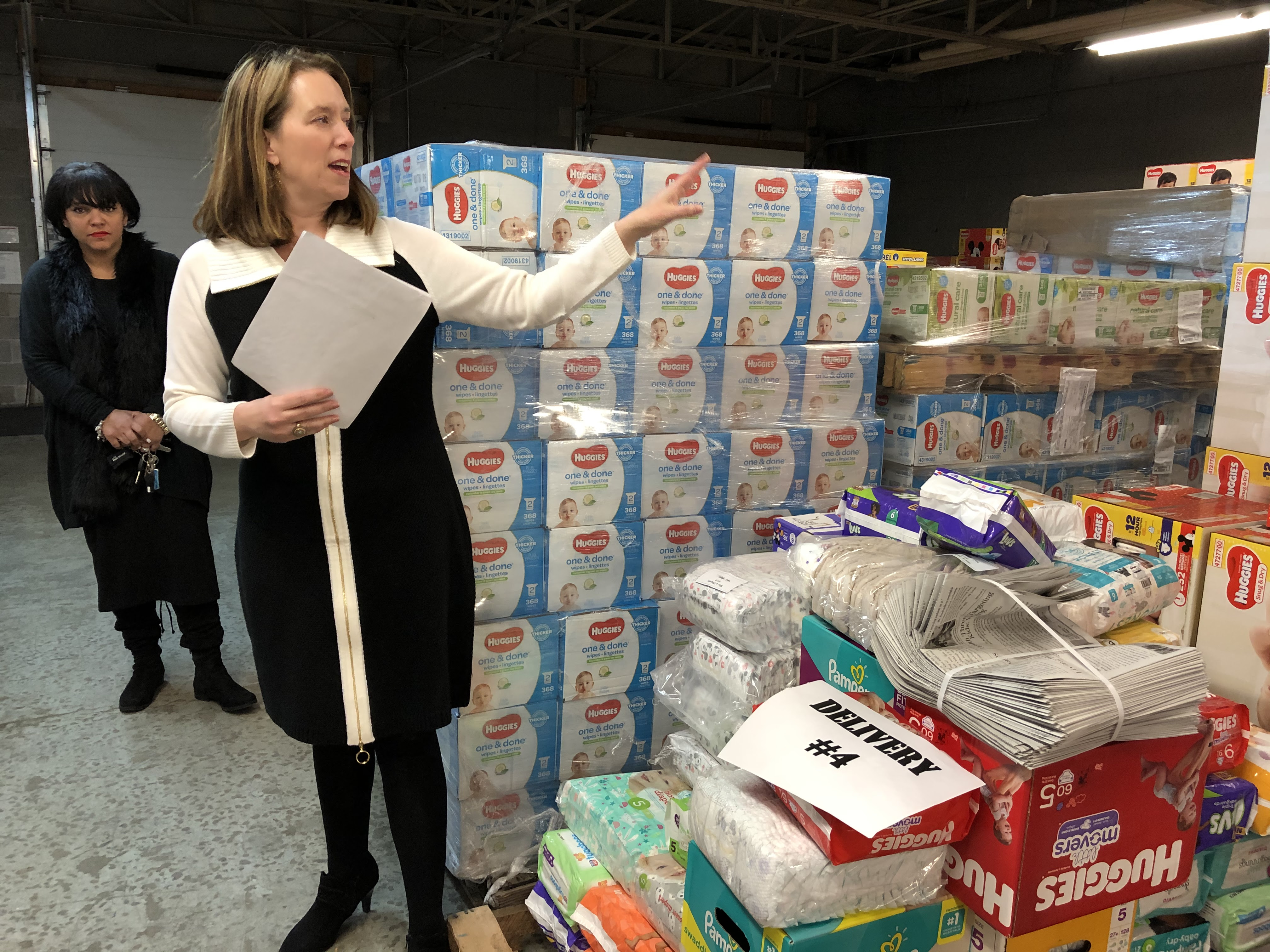 Connecticut, as they held an open house to highlight their newly expanded space in North Haven.

For more information on TDB or to make a donation, visit www.thediaperbank.org