From the National Women’s Law Center, regarding the federal budget: The bill text for all 12 appropriations bills was released Monday and there is some news to share on child care & early learning.

The Labor-HHS-Education bill includes over +$1 billion for child care & early learning, including:

A total of $5.826 billion for CCDBG, an increase of +$550 million over last year.  CLASP have estimated that this increase could serve up to 33,600 additional children – not nearly as many as the House’s $2.4 billion proposal, but still an incredibly important step forward!

According to the Washington Post, the House of Representatives passed the $1.4 trillion spending package on Tuesday. It now goes to the U.S. Senate for approval, then to the president for his signature, ahead of the government shutdown deadline.

Access Health CT has extended its open enrollment to January 15, 2020. Coverage purchased between now and January 15, 2020, will begin on February 1, 2020. Subsidies through the Affordable Care Act are only available for plans purchased through Access Health CT. You can enroll online, by phone or in person. Click HERE for more information on how and where you can register. NOTE: You can apply for Medicaid/HUSKY at any time; you don't have to wait for an open enrollment period. 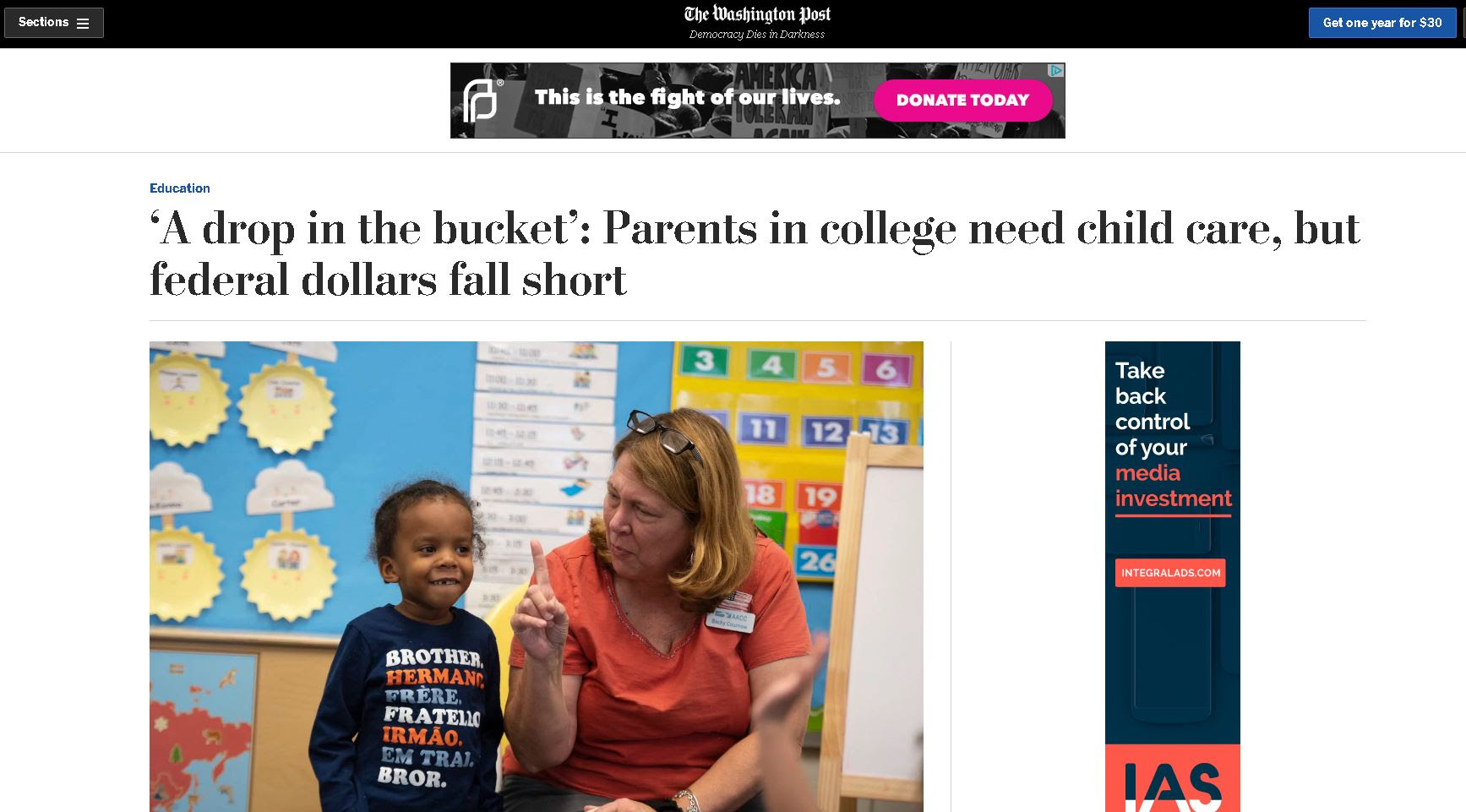 college. Roughly 1 in 4 undergraduates are parents with the heaviest concentration in Community Colleges.  Full time child care for an infant is more than tuition at UConn, but Connecticut is one of two states that does not allow parents to use the child care subsidy (Care4Kids) while they attend classes.  There is a small federal grant Child Care Access Means Parents in School (CCAMPS)  that some Connecticut colleges have received to help parents access to child care while in classes, but those grants are very small.   Last year the Early Childhood Alliance supported a bill to change Care4Kids to make parents in college eligible for Care4Kids.  If you know someone who needs help paying for child care so they can further their education we'd like to hear their story.  Use our story collection form HERE.

America Has an Infant Mortality Crisis: Meet the Black Doulas Trying to Change That

The Guardian published an article on the racial disparities in the United States when it comes to infant mortality. African-American babies are twice as likely to die before reaching their first birthday than white babies are, regardless of the mother's income or education level. In Cleveland, Ohio, the statistic is even worse - black infants are three times more likely to die before their first birthday, than white babies, and their moms are three to four times more likely to die in childbirth than a white woman. But the Birthing Beautiful Communities, a Cleveland-based African-American doula collective, is working on a grassroots level to change those statistics. The article can be found HERE.

Connecticut Health I-Team (C-HIT) takes a closer look at what erratic work schedules do to a family and who is most likely impacted by these work schedules. Two members of Congress - U.S. Congresswoman Rosa DeLauro and U.S. Senator Elizabeth Warren - are again introducing the "Schedules that Work Act," which would reduce work scheduling inequalities by requiring companies in the retail, hospitality, cleaning, restaurants, and warehousing industries that provide work schedules two weeks in advance. The bill has been presented before, but has not yet passed. Click HERE for the story.

Separated By Design: Why Affordable Housing is Built Where it is

Through a partnership with ProPublica, Jacqueline Rabe Thomas of the CT Mirror looks at why affordable housing is most often built in areas of high crime, where there are few jobs available and struggling schools are located. In her reporting Jacqueline found that since since the mid-1980s, $2.2 billion in low-income housing tax credits have been awarded to construct 27,000 affordable housing units in the state. About 80% were located in struggling towns. Only 10% were located in prosperous towns. The full article can be found HERE.